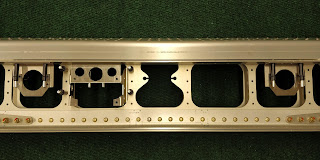 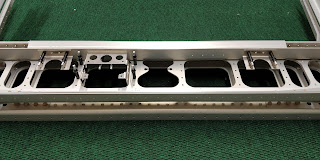 As it turns out however, the tube guides should not be assembled yet. You will find that the vesconite bushing mentioned in the plans is already mounted to the control tube, and therefore cannot be installed at this stage. I will instead mount the tube guides around the bushing on the control tube, and the whole thing will get attached to the main spar later ... this is how others did it as well it appears. Look for a future blog entry where i will likely show this later!

I've also been prepping the numerous other parts for that section of the fuselage. I decided for the first time to remove a strip of protective film, instead of the hole thing all at once. You do this by using a soldering iron to melt a line in the film, allowing to cut it without damaging the underlying skin: 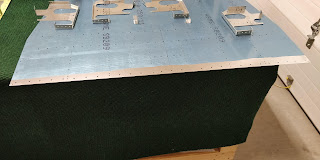 Very easy to do and works nicely!

Here is the gear mounting box with some connecting parts I am testing for fit and making sure I understand how it all goes together, as the drawings are rather "busy" and it takes some figuring out: 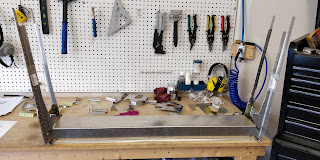 The plans call for you to drill a few holes in the skin. Lucky for me, they were already provided! 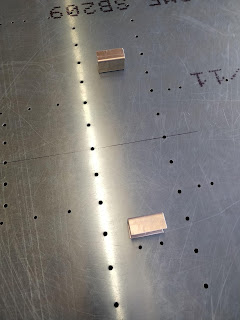