August 13, 2017
After talking with the factory, I had a try at buffing out the damage.

Luckily, I had the tools: some brown scotch-brite, and some 3M cut & polish wheels, one light and one medium (also used for deburring edges): 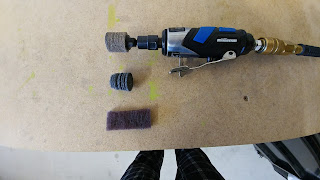 I'm not going to detail every single spot that had issues (in the end I found 7 skins with scratches/dents), but it turns out this is real easy to do! 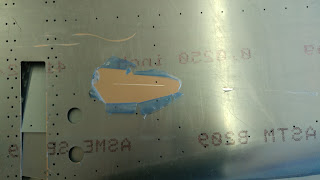 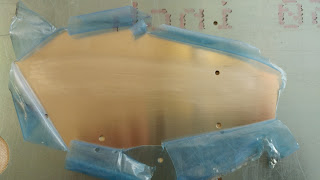 In one spot, I had chose to use some aluminum epoxy filler: 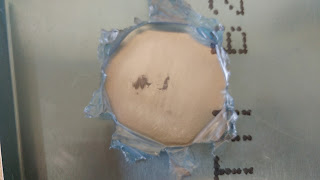 Luckily most of the damage is on the inside of fuselage skins, or on inside skins, so no matter what, the work will never be seen. I still wanted to smooth everything out to make sure that there's no chance of any scratch/dent becoming a crack.

Unfortunately there is one noticeable 1.5-1.75cm dent that WILL BE visible from the outside, on the fuselage, forward of the wing leading edge, pilot side: 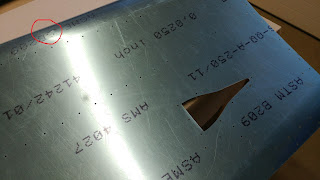 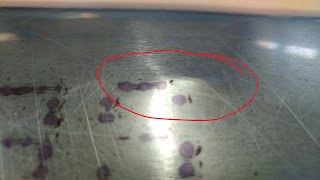